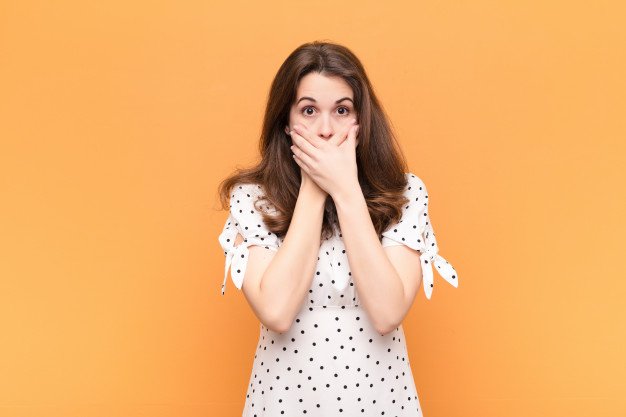 Depending on your background and where you grew up, you may find it hard to believe that many churches in the United States, especially in the South, still teach that women cannot be pastors or leaders in the church. They also believe that in the church, women cannot teach men or hold positions of authority. This teaching and way of life still exists in many arenas and on various levels. For example, here is a quote from the Southern Baptist Convention website:  “While both men and women are gifted for service in the church, the office of pastor is limited to men as qualified by Scripture.” (Southern Baptist Convention, 2020)

My own personal experience was very different. I grew up in Texas in the 1960-70s, and my family very faithfully attended a small denominational church, and in my particular church, we had a female minister (gasp!). She wore a robe just like the other ministers did. She also preached and presided over communion and baptisms, and did everything just like the men did. We also had female elders and lay ministers that took part in the services. I did not know that this was unusual at all. Of course, when you grow up with something, you think that it is normal.

So, imagine my surprise when I went away to college in 1982, and joined a more fundamental type of church and was told that the only reason a woman would minister is if a man couldn’t be found (such as perhaps on the mission field), and that in general all church leadership was to be held by men. I was truly shocked and could not believe it, but the church leaders seemed to have scriptures to back it up.

I stayed in that church for about a year and a half, but the whole time that I was there, I really could not agree with a lot of what was taught, especially the subordination of women.  I was a college student, and as a female could study anything that I wanted. I could be a doctor or a lawyer, I reasoned, but I couldn’t be a minister or pastor.  It just did not make sense to me, nor did it feel right in my heart.

I learned a lot of great things from that church, but I had to “unlearn” some things also. Later, I thought that I had left that teaching behind, until I encountered it again at other churches. These were “word of faith” churches, and although the subordination of women was not taught from the pulpit there, it was prevalent in the church culture, and many church members were living this way. I shared with my friends that I didn’t believe in this teaching, but at the time I didn’t really have the scriptural understanding to explain why.  I just felt in my heart that it could not be true.

I knew from an early age that I had a call of God on my life to help people and to speak up for those less fortunate. I also knew that I was to speak about the equality of men and women, and so I began to study the scriptures regarding these topics.

‘I will pour out my Spirit upon all people.

Your sons and daughters will prophesy.

Your young men will see visions,

and your old men will dream dreams.

18 In those days I will pour out my Spirit

even on my servants—men and women alike—

and they will prophesy.

I also really like Susan Hyatt’s materials on the role of women.  She has done a lot of research into the scriptures about women. In her book ‘In the Spirit We’re Equal’, and on her website, she teaches the Biblical truth that men and women are equal (in terms of substance and value, privilege and responsibility, function and authority) in all areas of life, ministry, and marriage.”

See her website www.godswordtowomen.org for lots of good information and resources.

MY JOURNEY AS A MINISTER

Later on in life, I co-founded and pastored a church for about 14 years. The international organization that my church was a part of believed in and encouraged women in ministry, thank goodness. However, in the church culture of the southern U.S., the idea that the men are pastors and the women are “pastor’s wives” is still prevalent. So many times I would be introduced as “the pastor’s wife”, even though I was functioning in the role of senior pastor.  I wasn’t insulted by this, but it just really spoke to how deeply that teaching is ingrained in our society in many ways and places.

There were unspoken messages that I received, sometimes subtle, sometimes not so subtle, and sometimes spoken, that basically said that my ministry should be secondary, and that I was too outspoken (for a woman). There were some who outright said that I was “rebellious and unsubmissive”. Sometimes when people called the church for prayer, they wanted to speak to a man.

Even today, if you look around on many church websites, you’ll find that it is “male-dominated”. In other words, most of the pastors, leaders and elders will be male, and perhaps the administration positions and children’s church pastors will be female, but most of the positions with authority will be held by a man.  It is often true that even if a church or denomination technically allows for women ministers, in practice it will still be mostly led by men.

There are a lot of reasons for this.  I did a podcast with John MacDonald on “misogyny” (the hatred of women), what it is, the origin of it, and how it affects us (men and women), which explains a lot about the deep seated roots of how this came to be. To listen to the podcast, click HERE!

WHERE DO WE GO FROM HERE?

I’m grateful to the international church organization that I was with for many years, Catch the Fire, that supports and encourages women ministers. However, I found that in the southern United States, many people grow up in churches where it is taught that women cannot teach men, and that women cannot be in leadership roles. So when they come into a church where a woman is a leader, sometimes there is resistance to her leadership. Is it any wonder that many professional or educated women feel out of place in some churches?

I felt that the Lord put it on my heart to do two things: teach the truth about Biblical Equality, and also lead by example, so that by my example other women will feel the freedom to follow the call that is on their lives. My ministry is for both men and women, and of course I teach a variety of topics.  I feel that men need to learn about Biblical equality just as much as women, so that they will understand what women are facing in life and ministry, and help make space for them to be all that God has called them to be. In no way do I want to take away from the ministry of men.  Rather, it is my prayer that each person, man or woman, is able to fully walk out the purpose for their life, use the gifts and talents that God has given them, and walk in their true identity as a beloved child of God. My prayer for you, reader, is that you come to know fully who you are in Christ Jesus and walk in the freedom that He has given us. We don’t want to miss out on anything that God has for us through your unique expression!

What do I do if I am a woman with a call of God on my life to lead, teach and minister, and it’s not accepted where I live or go to church?

Resources you may find helpful: